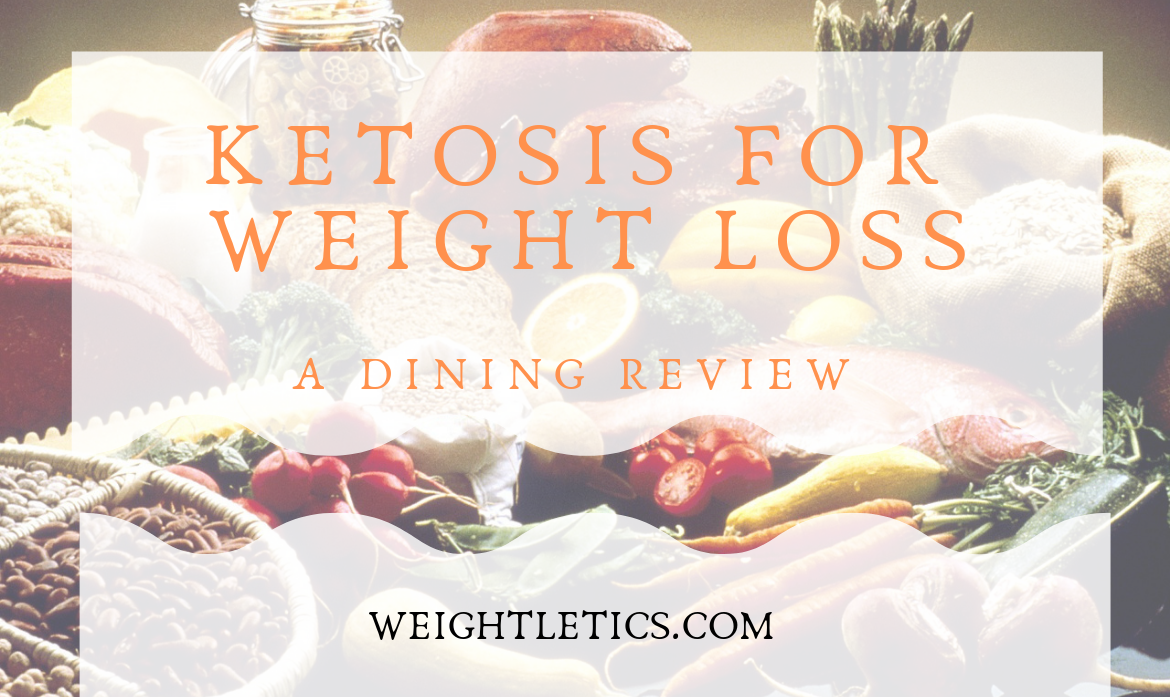 Perhaps you’ve ever wondered what the difference between people who can eat as much without gaining weight and those who are getting fat is? Have you read simpler or more complex theories about these differences, from the psychological-motivational ones (if you really want to) to the ones about the genetic influence (it’s written in your genes to be weak/fat)?

Of course, you’ve tried one or more diets, and you’ve noticed that they all share the recommendation to eat less generally or less of a particular class of food.

However, some questions are still unanswered: Can the genetic factor be “beaten”? Can food be an innocent pleasure? Can we have a relaxed control of the percentage of body fat? The answer to these questions is YES, and you will immediately find out why, just read on! The mechanism that governs the percentage of fat in the body is very simple and effective, and it is about how to feed the cells of the body. Let’s see together what is ketosis for weight loss.

This second way of obtaining energy is called ketosis and is the way the body works when the blood glucose reserve drops enough to use fat stores. Ketosis is based on the breakdown of fat from fat deposits into fatty acids, which are then used by body cells to produce energy.

Ketosis is also called the “fat burning mode” and occurs naturally during the night or during fasting or starvation. It is the natural state of functioning of the body when you do not eat enough or do not eat in time. It can also be induced with diets and is often used to treat conditions in children.

Ketosis is the condition underlying weight loss, has a rapid effect on fat deposits when properly applied and does not depend on the amount of exercise you are doing. However, how can some people eat a lot and find it almost permanent?

As a natural process that occurs when fats are transformed into energy by the body, this is ketosis – usually, when it does not get enough glucose (carbohydrates) to provide the body with the energy it needs. The fat is broken down into ketone bodies (molecular products obtained from the metabolic process) and energy.

Ketosis can occur when a person does not assimilate carbohydrates after a period of intense exercise or when they follow a diet low in carbohydrates but high in fat. Ketosis itself is not a damaging process and occurs both in people who suffer and in those who do not suffer from diabetes.

The good news is that this fat burning state does not even depend on the amount of food you eat! You mean you can eat the whole without putting a gram of fat? That’s exactly what I mean – read on!

The secret is choosing food – and do not think it’s complicated! The glucose amount in the blood is directly influenced by the proportion of foods that can produce glucose; these foods are called carbohydrates.

How to “feed” the cells?

The energy needed to live is obtained in the body from substances that can be decomposed by cells for energy just as gasoline is decomposed into a car engine. We will not go into deeper details than to bother us, but we will discover together how to control this mechanism 🙂

The way to get the most widespread energy nowadays is a very direct one: eat food -> food is digesting -> “energy” substances are dissolved in the blood as glucose -> cells decompose glucose and get energy -> that’s not consumption is turned into fat and deposited in the body for later use.

The problem is that the subsequent use never occurs and the accumulated fat remains in its place indefinitely. This way of obtaining energy in cells by decomposing glucose is called glycolysis.

You have to know that besides glycolysis there is another way to get energy and that cells are able to consume another type of “fuel” besides blood glucose!

Carbohydrates are sweet or pastries foods. That is all that is sweet (sugar, honey, but also fruits such as apples, grapes, melons) and everything that is flour (pasta, bread and everything containing hull, but also potatoes, beans, bananas, etc.).

In conclusion, you can get rid of fat when you eat with lust and caress if you just avoid carbohydrates. Both! You will not be able to eliminate them entirely because it’s not recommended!. But at least until you reach the desired weight, carbohydrates get confused.

The best way to avoid having something sweet is to eat out of the “allowed” food, and whenever you want to have the “allowed” food you like (there are now very cakes tasty with sweeteners, and you can prepare a wide range of recipes that resemble the bread, pizza or pasta very much).

There are now many diets that are based on low carbohydrate consumption – and all are quite effective. The Atkins diet is based on tracking the proportion of carbohydrates in the total amount of food, just like the ketogenic diet. The Dukan diet aims at eliminating as much as possible carbohydrates and fat from food and then re-introducing them gradually. The Paleo diet completely removes cereal-based foods and limits the consumption of sweets to a minimal amount of fruit in an attempt to re-create the diet that has spawned our diet for the longest period of existence.

Low Carbohydrate diets are effective because it eliminates the switch from glycolysis to ketosis and vice versa, thus improving comfort throughout the diet – a very important aspect of any diet!

Getting into the ketosis state creates discomfort. But then…

The transition from glycolysis to ketosis lasts a few days depending on the metabolism of each. During this pass, the level of blood glucose decreases, and you will feel it in the form of weakness or even dizziness because the breakdown of fat does not start immediately and there is a lack of energy.

In addition, nerve cells (e.g., brain) cannot consume fatty acids, and an extra reaction to transform fatty acids into ketone bodies – this reaction occurs in the liver and only occurs when necessary when blood glucose is lacking.

Discomfort is the condition that signals your entry into the ketosis state – in other words, it is a good sign.

The secret is to wait for this state to pass and not to make a great effort during this period. It will pass pretty quickly and then you will return to maximum vitality. The difference is that you will feel less fatigue now, because fatty acids are consumed much harder, allowing you to effortlessly or focus on much longer periods of time without feeling fatigued.

My conclusion is that ketosis is a normal condition, which can also bring benefits such as weight loss and a slight increase in exercise resistance.

Take care of yourself! Do not forget that we are different and that any diet is also an excess! Before starting a diet, check with your doctor and do the necessary analyzes to make sure you’re okay!

The mechanism of regulation of ketosis and glycolysis states is a balance based on insulin secretion, which can be influenced by many factors. Your interest is to balance this balance in your favor, in no case do you want to ruin it!

Do not forget to drink plenty of water! Water is the vehicle used in all body reactions. You get better results in any diet if you drink enough water because you will feel better.

Now it’s your turn. Any thoughts, opinions, I would be happy to hear by leaving a comment in the comments section.

Till next time, stay healthy!